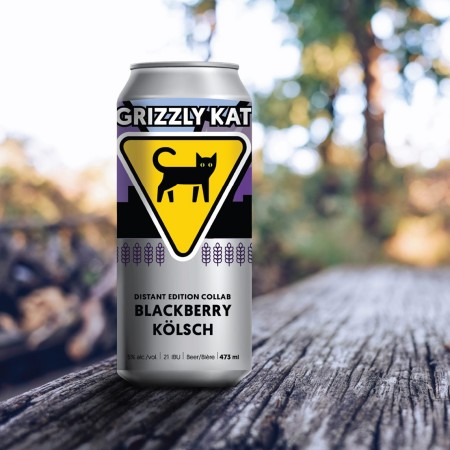 EDMONTON & CANMORE, AB – Two of Alberta’s oldest craft breweries have announced the release of the first in a series of “distant edition collab” beers to be released throughout 2021.

Alley Kat Brewing and Grizzly Paw Brewing – founded in 1995 and 1996 respectively – are kicking off the Grizzly Kat series with Blackberry Kölsch (5% abv).

The new beer will be officially released tomorrow (March 25th), and will be available at both breweries, as well as select liquor stores, restaurants, and bars in Alberta while supplies last.