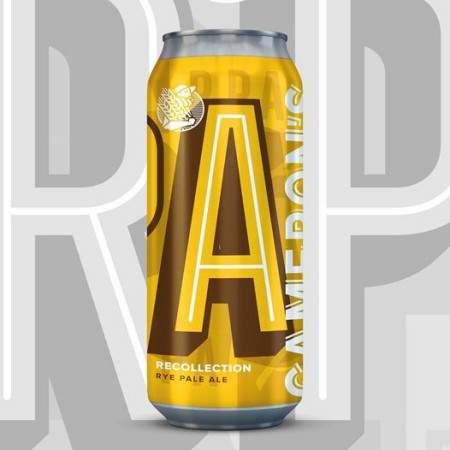 OAKVILLE, ON – Cameron’s Brewing has announced the temporary revival of a much-loved beer from its back catalogue.

Recollection Rye Pale Ale (6.6% abv) is a new take on Cameron’s RPA, a former core brand that has been out of production for several years. It’s described as follows:

Recollection Rye Pale Ale erupts with hop power. A combination of five malts, and a coalition of seven varieties of floral British and pungent American hops create complex, awe-inspiring aromas, which are well supported by a spicy rye malt body. Challenging to make, super long run off times due to the rye malt, a vibrant coalition of two styles, with hints of peppery malt character, big supportive body for all those hops. Last brewed back in 2015, the RPA is now filtered, this helps to provide a smoother flavour and allows the malts to shine.

Recollection RPA is available at the Cameron’s retail store and online shop while supplies last.