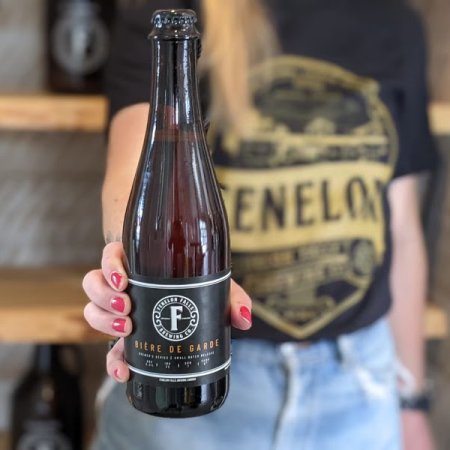 Bière de Garde (4.7% abv) is the third in a set of four beers brewed with lager yeast that are being released on a weekly basis. It’s described as follows:

The Biere de Garde’s biggest draw is the benefits of age. Like the similarly traditional Belgian Saisons, these beers were often brewed around the harvest season in barns, aged throughout the season and drank close to a year later or sometimes more. Gold coloured, from grainy, bready malts and small sugar additions transition smoothly during the fermentation process and into the cellars, where they can be stored for longer periods of time. Ageing is the primary factor of flavour, so drinking these lagers immediately may not always be recommended. It is a beer to enjoy immediately, or for a special occasion.

Biere de Garde is available now at the Fenelon Falls retail store and online shop, along with the previously released Milkshake Lager and Rauchbier. The final beer in the quartet will follow on April 2nd.