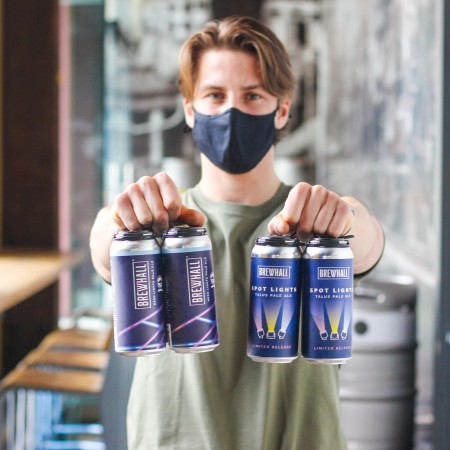 VANCOUVER, BC – BREWHALL has announced the release of a the first in a new series of variants on one of its flagship beers.

This is the first release of a special series where we’ll be showcasing new hop varieties and flavours using the base recipe of our award-winning Neon Lights Pale Ale. Instead of the 100% Citra hops used in Neon Lights, Spot Lights uses 100% Talus hops, providing bright guava and pink grapefruit aromas.⁠

Spot Lights is available now on tap and in cans at BREWHALL, as well as at select liquor stores.