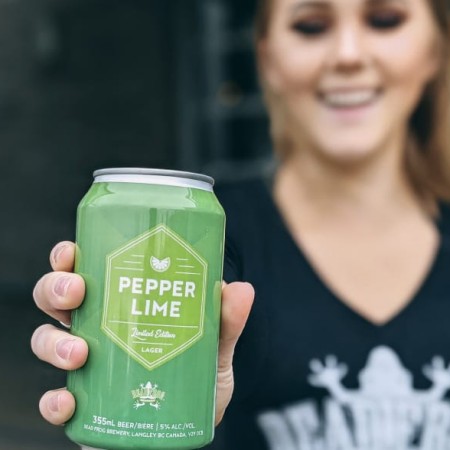 LANGLEY, BC – Dead Frog Brewery has announced that a former core brand that has been out of production for many years is returning as a seasonal release.

Pepper Lime Lager (5% abv) is described as “a crisp golden lager with a splash of all natural lime and a hint of black pepper.”

Pepper Lime Lager will be released tomorrow (March 26th) at the Dead Frog tasting room and online shop, and will also be available at select liquor stores in British Columbia through the spring and summer.