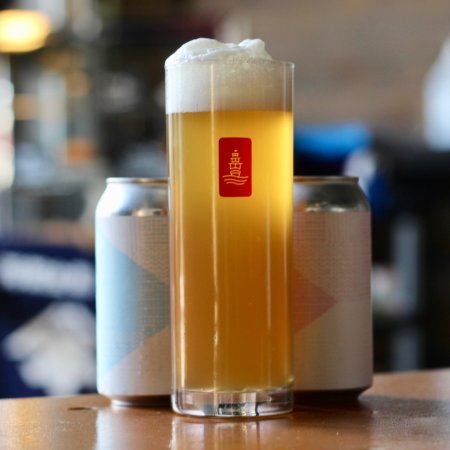 TORONTO, ON – Godspeed Brewery has announced the release of its latest – and lowest abv – Czech-inspired lager.

As much as we strive to respect Czech brewing tradition, celebrate smoked biers, and experiment with Japanese ingredients, one major through line in our eclectic lineup is sessionability. We’ve been exploring light and low alcohol beers for a while now because we know they can showcase as much finesse, flavour, and refinement as beers with higher abv. The truth of the matter is, the biggest compliment you can pay a brewer isn’t a 5 cap rating on Untappd, it’s ordering or reaching for the same beer twice in lieu of reaching for what’s new – new – new.

It’s with these aspirations in mind that we crafted Baby Světlý Low Alcohol Czech Pale Lager. Baby Světlý underwent a single decoction mash and uses 100% Saaz hops and Czech floor malted barley. Lagered for six weeks, naturally carbonated, and you guessed it – Made with Struggle and Love™, this one packs everything you love in our stronger Czech pale lagers in a leaner package.

Baby Světlý is available now at the Godspeed Brewery retail store and online shop., both as a stand-alone release and as part of a Czech Mixed Case that features four cans each of six Czech-style lagers.