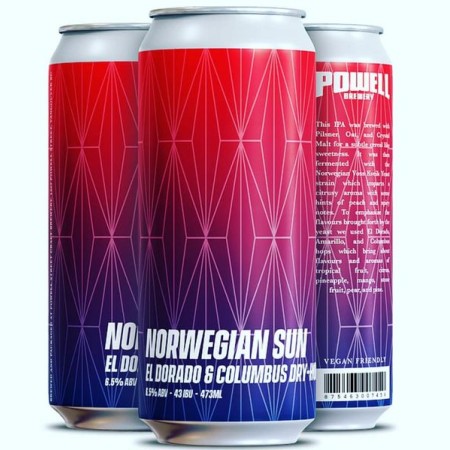 VANCOUVER, BC – Powell Brewery has announced the release of its latest limited edition ale.

This IPA was brewed with Pilsner, Oat, and Crystal Malt for a subtle cereal like sweetness. It was then fermented with the Norwegian Voss Kveik Yeast strain which imparts a citrusy aroma with some hints of peach and spicy notes. To emphasize the flavours brought forth by the yeast we used El Dorado, Amarillo, and Columbus hops which bring about flavours and aromas of tropical fruit, citrus, pineapple, mango, stone fruit, pear, and pine.