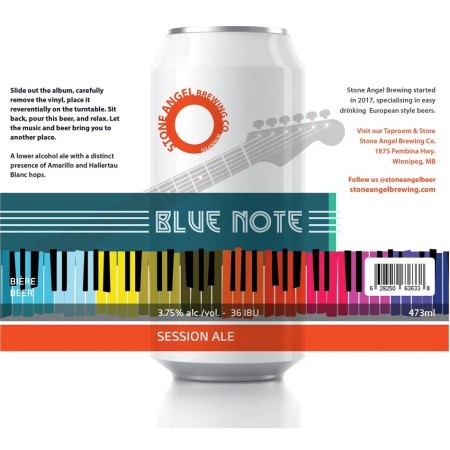 Blue Note, an evocative name, music, album cover design, even an iconic late-night Winnipeg venue. A good night out or in, you feel like another beer, you want something lighter but still flavourful. With Nocturne, we know there is a place in your hearts for a lower alcohol beer. But not everyone appreciates the traditional dark mild. So we figured why not a lighter coloured beer, lower alcohol, and a hoppy flavour from Amarillo and Hallertau Blanc hops.

Blue Note is available now at the Stone Angel taproom and online shop, and soon at select beer retailers and licensees.