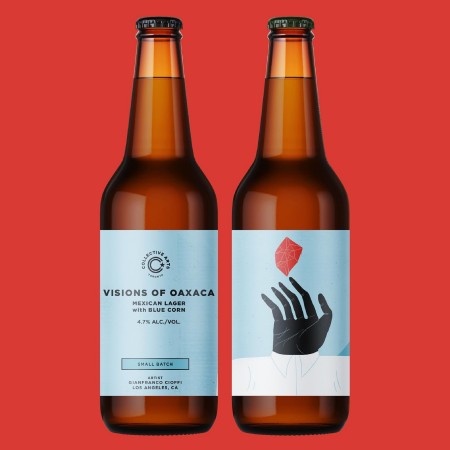 Visions of Oaxaca Mexican Lager (4.7% abv) is described as follows:

With warm weather and sunny days on the horizon, it’s time for something crisp and refreshing. Enter: Visions of Oaxaca, our take on a Mexican Lager! This brew is smooth and sessionable with a balanced malt profile making it perfect for patio season. It may be crushable, but don’t worry – brewed with blue corn and Hallertauer Mittelfrüh and Hersbruker, two of the German “Noble” hops, Visions of Oaxaca still packs a big punch of flavour.

Visions of Oaxaca is available now at the Collective Arts online shop, and its brewery retail stores in Toronto and Hamilton.