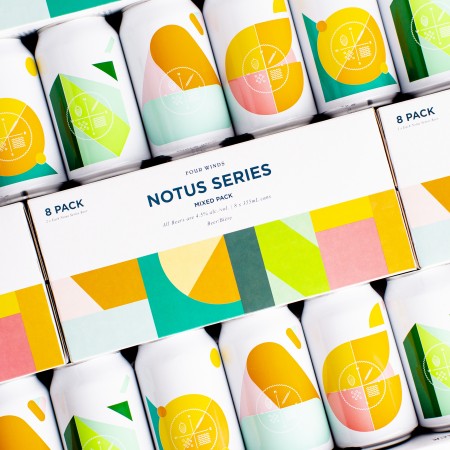 DELTA, BC – Four Winds Brewing has announced the release of what it calls the “quintessential light beer mixed pack of the Spring and Summer seasons.”

The Notus Series package is available now at the Four Winds retail store and online shop, and soon at select private beer retailers in British Columbia.