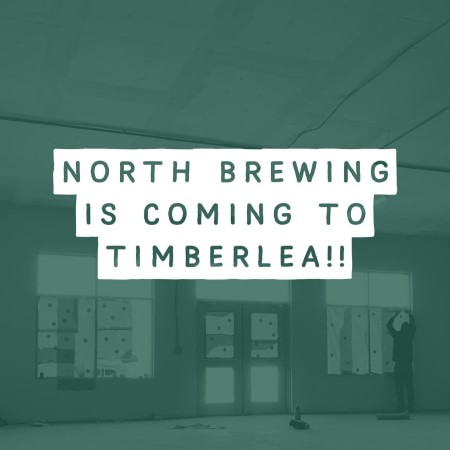 TIMBERLEA, NS – North Brewing has announced that it will be opening a new brewery and taproom later this year in Timberlea, a small community approximately 15 km east of downtown Halifax.

We got the keys last week, and we will be breaking ground soon. We are hoping to have a retail space open up by early-mid summer, fingers crossed (opening dates are a moving target and the pandemic is impacting construction, but we will do our darndest)! Following that, we will also be building out a ~60 seat taproom+kitchen. Lots more details to come on this, but we can say for sure that our good friend Maia LaPierre will be designing the space. We are beyond jazzed knowing that she will be creating another beautiful space where everyone in the community can gather.

The new spot at the intersection of St. Margaret’s Bay Road and Timberlea Village Parkway will be the third location for North, joining the main brewery and taproom/store at 899 Portland St. in Cole Harbour, and a nanobrewery and retail store at Battery Park Beerbar & Eatery in downtown Dartmouth.

More details on the new North Brewing location are expected to be announced in coming months.