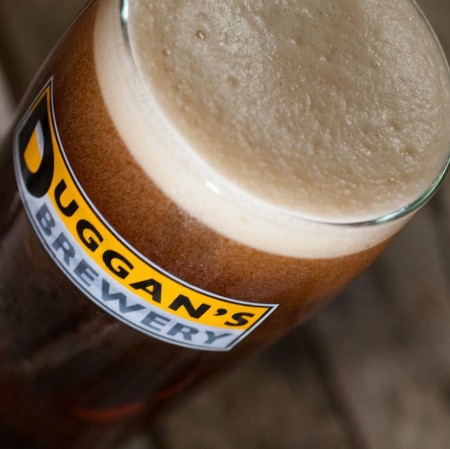 TORONTO, ON – The more-than-decade-long saga of launches and closures for Duggan’s Brewery has reached another of the latter with the shuttering of its latest brewpub location in Toronto’s Parkdale neighbourhood.

The space at 1346 Queen St. W. was seized by the landlord earlier this month, with a bailiff’s notice posted in the window on March 15th indicating that the lease had been terminated due to “breaches of covenants in [the] lease, or non-payment of rent under said lease.”

Founded by its namesake brewmaster Michael Duggan in 2009, Duggan’s was originally located at 75 Victoria St., where it was in operation until April 2011.

The brand remained active via contract brewing for retail sales, and returned as a bricks-and-mortar brewery with the opening of the Parkdale location in autumn 2014.

A brief closure in 2018 was followed by a relaunch of the main bar and restaurant space as Vegandale Brewery, a venture with vegan restaurant and lifestyle company The 5700 Inc. that lasted until early 2020, at which point it became known as Duggan’s again.

It’s unknown if Duggan’s will be looking for another location to operate a physical brewery, but in the meantime, contract brewed versions of its #9 IPA and Sorachi Lager brands are likely to remain available at beer retailers in Ontario.