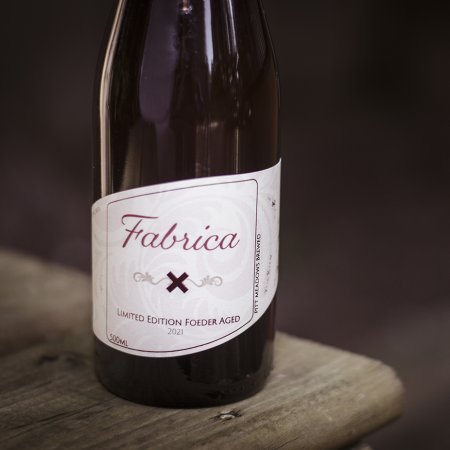 PITT MEADOWS, BC – Foamers’ Folly Brewing has announced the release of a new limited edition beer that has been years in the making.

Fabrica (10% abv) is described as follows:

Fermented in our oak Foeder with a house blend of yeasts and acidifying cultures, then aged on blueberries, blackberries, and blackcurrants. This beer has been our longest endeavour, a multi-year project aged until it was exactly what we wanted, a blend showing off the depth of fresh oak and ripe fruit, with complimentary acidity.

Fabrica is available now at the Foamers’ Folly retail store and online shop, and at select beer retailers in British Columbia.