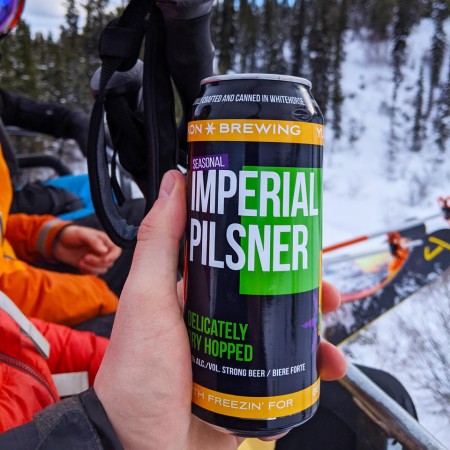 WHITEHORSE, YK – Yukon Brewing has announced the release of its latest seasonal ale.

Imperial Pilsner is clean and crisp with traditional Saaz hop characteristics. The earthy spice flavour and aroma is balanced out with a light sweet biscuit malt tone. It is the perfect shoulder season beer as it has a little kick but is very crushable for those warmer patio days.

Imperial Pilsner is available at the Yukon Brewing retail store and online shop, and select beer retailers in the Yukon, Alberta, and British Columbia.