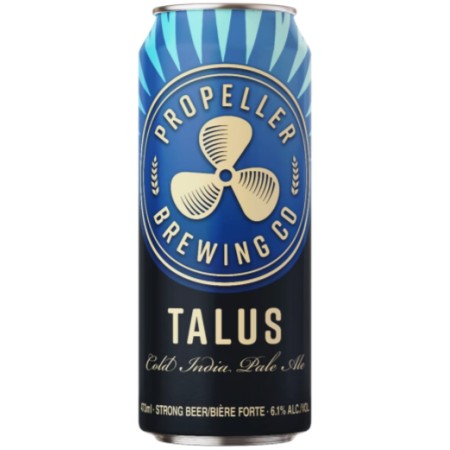 A common question: What is a Cold IPA? The simple answer: Talus Cold IPA has a lighter body and is fermented cooler than most traditional IPAs. This gives it a very light and crisp finish, similar to that of a lager. Talus hops blend unique flavours and aromas of pink grapefruit, dried roses, pine, and tropical fruits. This hybrid beer style’s cooler fermentation and light body leads to and addictively clean and crisp finish.

Talus Cold IPA is available now at all three Prop Shop retail stores, and the brewery’s online store, which now offers shipping to most provinces in Canada. It will also be stocked at private beer stores in the Halifax area.