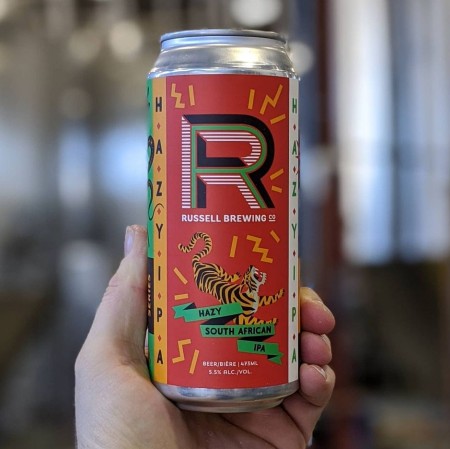 SURREY, BC – Russell Brewing has announced the release of the first in a new series of beers based around South African hop varieties.

Hazy South African IPA is available now via the Russell Brewing online shop and at select liquor retailers in British Columbia. It will be joined soon by the second beer in the series, Southern Passion Sour.