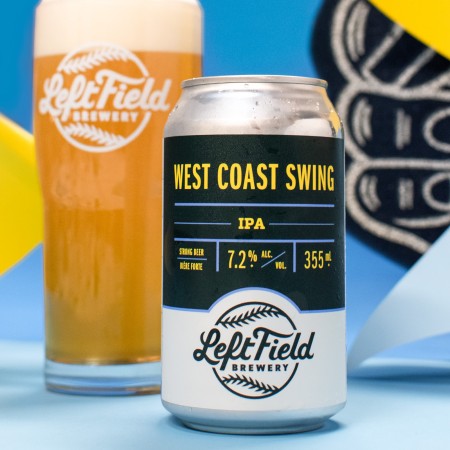 TORONTO, ON – Left Field Brewery has announced the release of a new classic-style IPA.

Named for the annual trip across the country from Toronto – and a nod to all the fans on the opposite coast – West Coast Swing IPA is a gentle throwback to West Coast-style IPAs with an old-school golden glow, medium body and pithy bitter dryness. Brewed with Chinook, Columbus and Simcoe hops, notes of juicy tangerine and ginger spice round out this balanced beer.