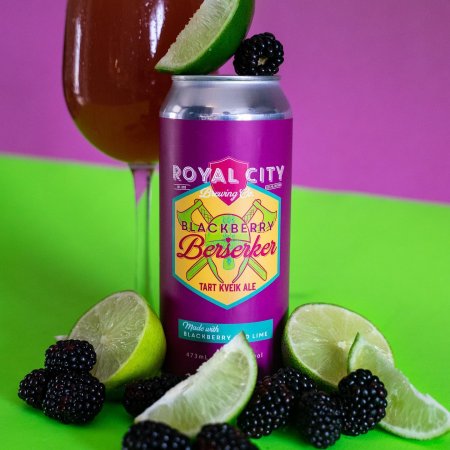 GUELPH, ON – Royal City Brewing has announced the release of a new flavoured version of its Berserker Tart Kveik Ale.

Berserker is our tart and sprightly dry-hopped kettle sour, which we ferment with kveik. This latest version also saw the addition of blackberry and lime, which combine for a remarkably refreshing drinking experience that leaves you dreaming of stepping off a plane and into a tropical wonderland, when in fact you are probably spending Easter weekend alone at home. This sour sweetheart pours a delicate light purple and is boasting with brightness. Limeade, blackberry compote, berry candies from your grandma’s purse, and poolside margaritas make a happy harmony.