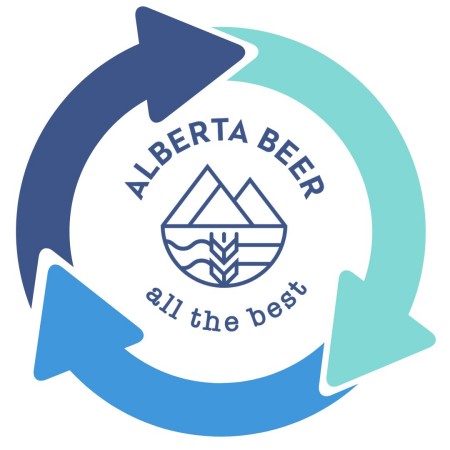 CALGARY, AB – The Alberta Small Brewers Association (ASBA) has announced the launch of a new pilot program spearheaded by its member breweries to reuse and recycle the PakTech plastic carriers that are snapped onto cans purchased at brewery stores and taprooms in the province.

PakTech products are made from 100% recycled High Density Poly Ethylene (HDPE) sourced from common plastic packages such as milk jugs. While the carriers are designed to be reused, they will eventually break, and can be recycled to be used to produce new PakTech products.

However, many municipal recycling programs do not currently accept the carriers, meaning that the majority are ending up in landfills, a situation that ASBA member breweries are aiming to change by accepting used PakTech carriers back from customers to be reused or recycled.

“This is a perfect recycling story,” says Kirk Zembal, owner of Blindman Brewing, in a statement. “Albertans recycle their milk jugs which are then turned into the PakTech that holds their favourite beers. Now, we’ll be able to take those PakTechs and turn them into new PakTechs again and again and again.”

“We believe firmly in Extended Producer Responsibility, and we are excited to be able to work with ASBA, PakTech, and other craft producers to minimize packaging waste,” adds Andrew Bullied, owner of Annex Ale Project. “There is plenty of work to be done yet, but with a little bit of thought and organization we can reduce our impact and contribute to a circular economy.”

The pilot program is planned to run at select breweries for several months in order to ensure it runs smoothly before expanding.