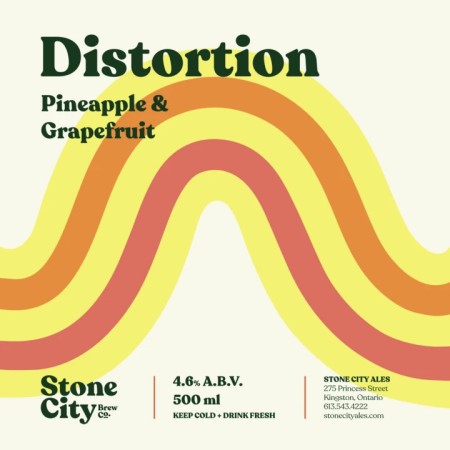 KINGSTON, ON – Stone City Brew Co. has announced the release of the latest in its Distortion series of limited edition sour ales.

Aromas of tropical pineapple upfront. Then you get the tangy grapefruit on the finish. Light-bodied and really refreshing, the citrus character is reminiscent of sipping a fruity cocktail on the beach!