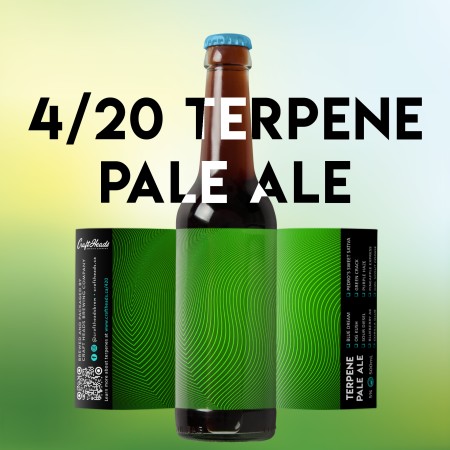 WINDSOR, ON – Craft Heads Brewing has announced details of a special series of beers set for release on 4/20 that will put a spotlight on the close connection between hops and cannabis.

The Terpene Series is described as follows:

Both part of the Cannabaceae family, hops and cannabis are two closely related species. Their leaf and flower appearance are quite similar – green and filled with resinous goodies that give each strain a distinct flavour and smell. These non-psychoactive goodies are called terpenes and are found in both cannabis and hops. We’ve concocted a blend of various hops that contain the following terpenes to mimic the most popular 4/20 terpene profiles.

We’ve infused these hop blends into our Pale Ale, Seltzer and Sour bases to create our Terpene Series of alcoholic beverages!

The Terpene Series can be pre-ordered now via the Craft Heads online store in mixed 4-packs of Pale Ales, Sours, and Seltzers, as well as in a 12-pack featuring the three 4-packs at a discounted price. Local orders will be available for pick-up or delivered on April 20th, and non-local orders elsewhere in Ontario will be shipped on the same day.

For more details, see the info page on the Craft Heads website.