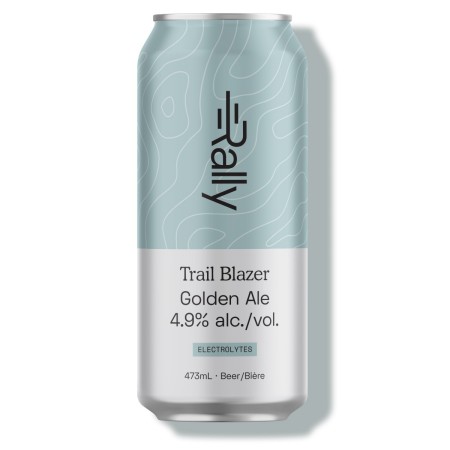 TORONTO, ON – Rally Beer Company, a company focused on producing “functional post-workout beer brewed with active ingredients to ensure electrolyte replenishment”, has announced a rebranding and relaunch for its flagship brand.

Trail Blazer Golden Ale (4.9% abv) – previously known as Rally Golden Ale – features a new name and can, but the company promises that it is “still crisp, refreshing, hazy and packed with electrolytes, making it the perfect companion for the session after the session. Not to worry, the liquid you have all come to taste and love is not changing.”