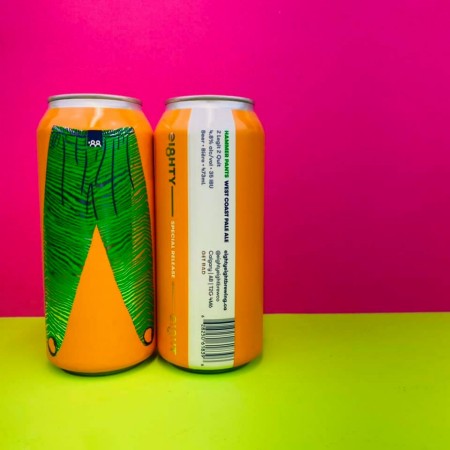 CALGARY, AB – Eighty-Eight Brewing has announced that a long-time favourite on tap is now available in cans for the first time.

Hammer Pants has long been our taproom go-to for being a delicious and clean expression of the style. For the big can debut, we took the best parts of each previous version and OH BABY, after tasting this beer we are happy to confirm that we have reached peak Hammer Pants!! (Sorry MC)

We kept our base hop as Amarillo, but for this iteration we added Mosaic and Ella hops which has brightened the corners and rounded out the prominent flavors of pine, stonefruit and citrus. The subtle bitterness and clean finish make this a ridiculously easy drinking go-to for pretty much anyone. Get your dancing shoes on folks, cause it’s gonna be a good summer!