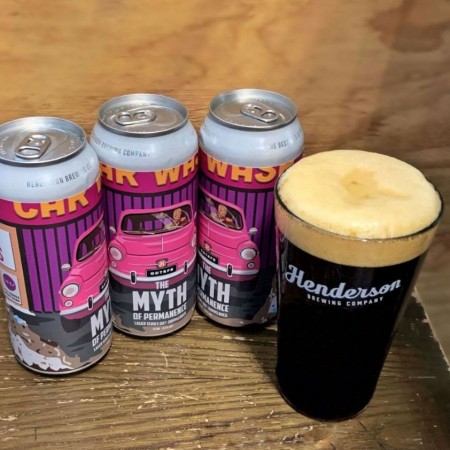 The Myth of Permanence 007: Doppelbock (8.5% abv) was developed in partnership with local gastropub The Harbord House, and is described as follows:

This full bodied lager pours a magnificent deep ruby colour, as aromas of dates, plums and caramel flow out of the can. Our doppelbock has notes of bread crusts and raisins, complimented by just enough bitterness to finish off with a dry, lingering caramel.

Doppelbock is available now at the Henderson Brewing retail store and online shop.