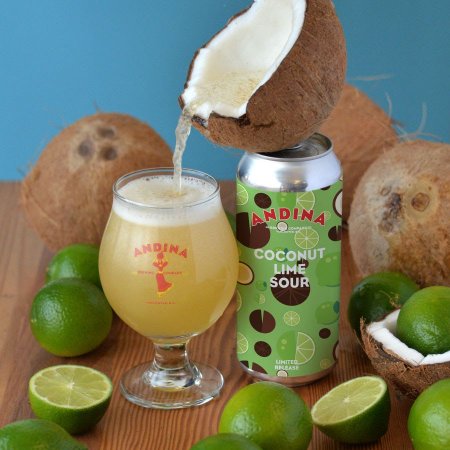 VANCOUVER, BC – Andina Brewing has announced the release of a new limited edition sour beer.

Cocada Coconut Lime Sour (4.5% abv) is named after a popular South American coconut candy, and is described as follows:

Our first sour release this spring is sure to be a real crowd-pleaser. This kettle sour has been given a heavy dose of coconut and ample lime for a delicious and refreshing tropical heat. The light grain bill, clean yeast and minimal hopping really let the fruit flavours shine in this delicious sour beer.