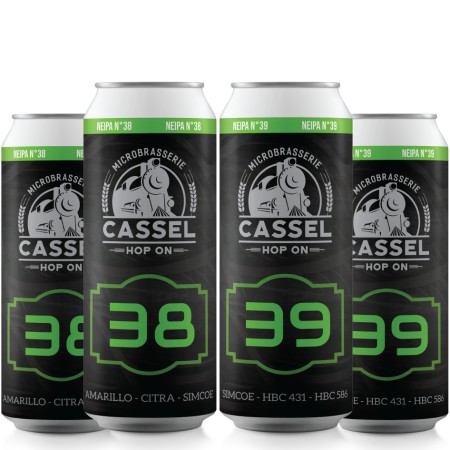 CASSELMAN, ON – Cassel Brewery has announced the upcoming release of the latest two editions in its ongoing series of New England style IPAs.

Brewed with loads of oats and high protein malts for an hazy looking and creamy mouthfeel NEIPA. Generously hopped with different hops in each batch.

#38 is hopped with Amarillo, Citra & Simcoe, the very same hops that made our Caboose American IPA so famous and loved. In NEIPA it makes it for a delicious mix!

NEIPA #38 & #39 can be pre-ordered now via the Cassel online shop, and will be released next Monday April 12th.