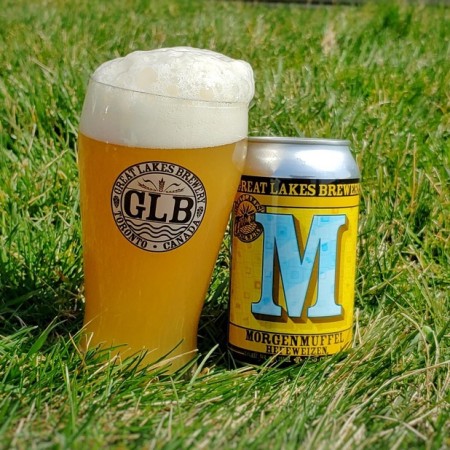 TORONTO, ON – Great Lakes Brewery has announced the release of a trio of German-style beers.

A German style Helles Lager that is (cliché) clean, crisp and refreshing! We’ve added clarity ferm during the production of this Helles rendering it “gluten reduced” without stripping away any flavour or body.

Morgenmuffel Hefeweizen (5% abv) takes its name for the German word for “someone who is in a bad mood in the morning and does not like to wake up early”:

They say that there are German words that aren’t translatable to English. What a bunch of poppycock! See? There’s one. They just combine two or more words to convey a meaning. We do that too, know-it-alls. See? There’s another. Anyway, sorry for the rant. It’s too early in the morning.

The year is 1516. The German Beer Purity Law, Reinheitsgebot, is created. “You can’t brew with rye malt anymore,” they said. “You can only use barley,” they said. Fast forward 505 years later. “Here. Try this,” we said.

All three beers will be released at 4:00 PM today (April 8th) at the Great Lakes online store and brewery retail shop.