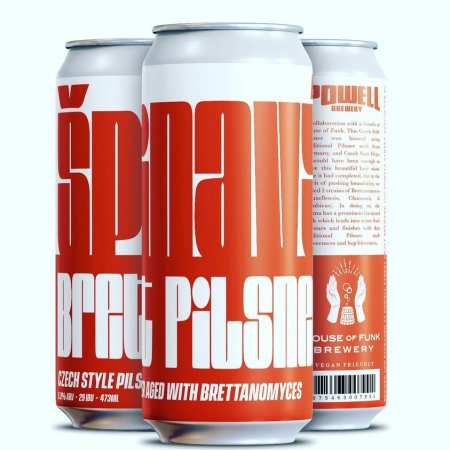 VANCOUVER, BC – Powell Brewery has announced the release of a new collaboration with House of Funk Brewing.

This Czech Style Pilsner was brewed using traditional Pilsner malt from Germany and Czech Saaz Hops. It would have been enough to leave this beautiful beer alone once it had completed, but in the spirit of pushing boundaries, we added 3 strains of Brettanomyces (Bruxellensis, Claussenii, & Lambicus). In doing so, the aroma has a prominent barnyard funk which leads into stone fruit flavours and finishes with that traditional Pilsner malt sweetness and hop bitterness.