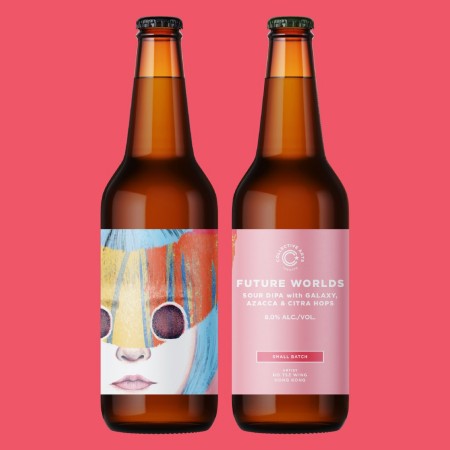 Sometimes you just don’t want to choose between hoppy and sour. We feel you! That’s where Future Worlds comes in. This Sour DIPA is dry hopped with some of our flavourful favourites: Citra, Galaxy and Azacca. Expect notes of mango with a hint of pine from the hops, while the crisp sourness delivers a refreshing finish and a background that’ll have you thinking “Sour Patch Kids.”

Future Worlds is available now at the Collective Arts online shop, and brewery retail stores in Toronto and Hamilton.