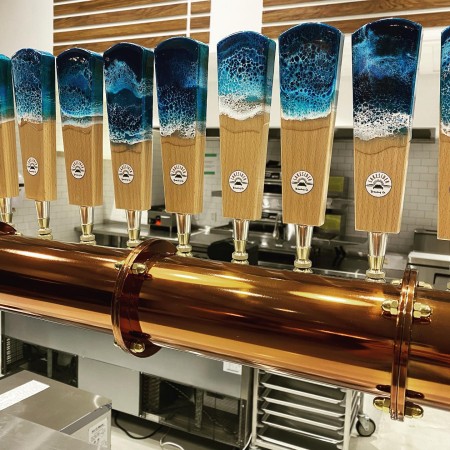 WEST KELOWNA, BC – A new brewery and taproom “inspired by the carefree feeling of lakeside enjoyment that is central to the Okanagan lifestyle” is now open in West Kelowna, British Columbia.

Lakesider Brewing describes itself as follows:

Our mission is to brew great beers that showcase the abundance of the Okanagan Valley while creating a welcoming social experience in the heart of our community. Our brewing focus is on easy-drinking, flavourful beers with emphasis on patio sipping, often made with fresh local fruit or other ingredients. We aim to be the destination for locals and visitors to celebrate what it means to be a ‘lakesider’, a blissful morning paddle on a glassy lake, lazy afternoons lying on sun-drenched beaches, and cozy blue evenings sitting fireside with friends.

Open since late last week, Lakesider is currently pouring selections from several other BC breweries while its own inaugural beers finish conditioning. Endless Summer Patio Heff is expected to be on tap later this week, and will be followed by Beach Comber IPA, Okanagan Special Euro Pils, and Reflections Nut Brown before the end of the month.

The beer and other beverages are complimented by a substantial food menu which includes salads, tacos, pizza, sandwiches, and other items.

Lakesider Brewing is located at 835 Anders Road in West Kelowna, and is open from 12:00 noon to 9:00 PM daily, with service currently limited to the patio due to COIVD-19 restrictions. For more details, see the brewery website and Facebook & Instagram pages..