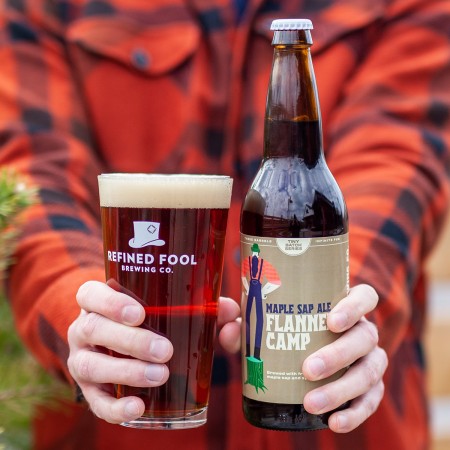 SARNIA, ON – Refined Fool Brewing has announced the release of the latest in its Tiny Batch Series of limited run beers.

Instead of using regular old water for this brew, we decided to get a little crazy and switch it out for 400 litres of fresh local maple sap. For good measure we added a touch of syrup as well. We’re not saying you should pour it over your pancakes, but it’s definitely an option.

Flannel Camp is available now at both Refined Fool locations, and the brewery’s online store.