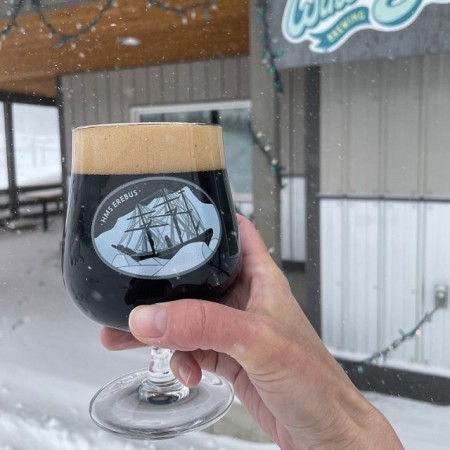 WHITEHORSE, YK – Winterlong Brewing has announced the release of this year’s editions of two beers named after the ships used in the ill-fated Franklin Expedition of 1845, with a third set to follow later this year.

Erebus is the unabashed version, a straight-up Imperial Stout coming in at 8.5%. It’s smooth, roasty, and chocolatey in all the rights ways.

Terror is the barrel-aged version of Erebus. It’s boozier, at 10% after having spent several months in bourbon barrels. Flavours of chocolate, licorice, molasses intermingle with hints of vanilla, caramel and toasted oak from the barrel aging.

Erebus and Terror are available now at the Winterlong taproom/store and online shop. The third beer in the series is Neptune, which is now aging in the same barrels that held Terror, and will then be conditioned on coconut and cocoa nibs before its release in the summer.