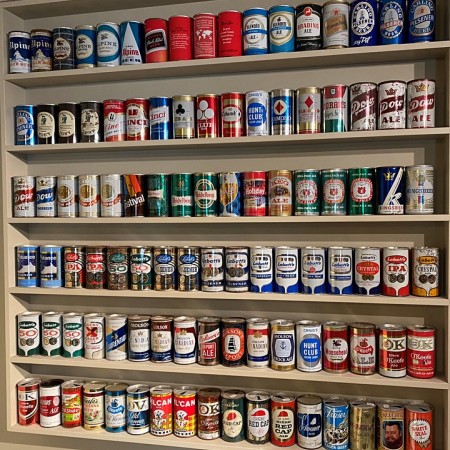 TORONTO, ON – The Culinary Historians of Canada has announced details of an upcoming online event with Dr. David Maxwell, one of Canada’s foremost experts on beer cans and their history.

“The Canadian Archaeologist Who Collected 4500 Beer Cans” is described as follows:

What does our garbage say about us? As a young anthropologist and archaeologist, Dr. David Maxwell studied Mayan votive offerings and what they tell us about Mayan cultural and political history; but not all cultural relics have to be ancient!

Dr. Maxwell discovered this at the tender age of 11 when he started collecting beer cans discarded on the side of the road. These cans sparked an interest in the history of the cans themselves, the beer, and the brewing companies. This collection led to a fascination and understanding of our society’s changing approach to litter, recycling, what we define as “garbage”.

Dr. Maxwell’s collection became a lifelong passion and eventually swelled to over 4,500 cans – now whittled down to just under 2,000 due to storage constraints. Grab a cold one and join us for an evening chat about the most Canadian of topics – beer!

The lecture and Q&A session will be taking place via Zoom on Thursday April 15th from 8:30 to 9:30 PM EDT, and tickets are available now via Eventbrite.