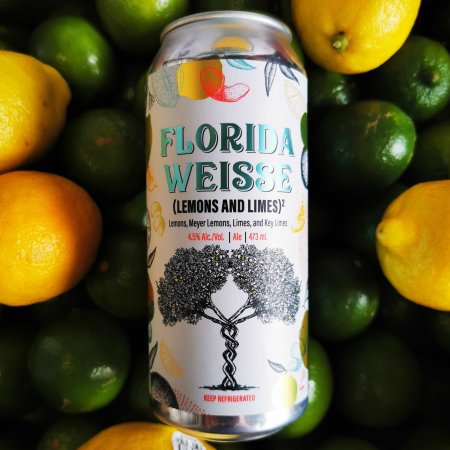 LACOMBE, AB – Blindman Brewing has announced the release of the latest in its Florida Weisse series of fruit sours.

Florida Weisse (Lemons and Limes)² (4.5% abv) is described as follows:

This year’s Summer Florida Weisse is a new take on an old classic. Waaay back in 2017 we released a little sour beer called Lemons and Limes Fruited Kettle Sour. That launched our foray into the fruit + sour world, and eventually led to the Florida Weisse series.

So you ask – “what the heck is this new take you speak of?” Well I will tell you. Because we are super excited. And it’s my job. We went waaaay further with the lemon and lime flavour by adding Meyer lemon and key lime puree into fermentation. Then we did what we have always done with this beer – hand zest piles of regular lemons and limes to boost the aroma. More citrus flavour packed in than we ever thought possible, and still a wonderful, patio-pleasing 4.5%.

Florida Weisse (Lemons and Limes)² will available at the Blindman taproom & online shop and at select beer retailers in Alberta until October.