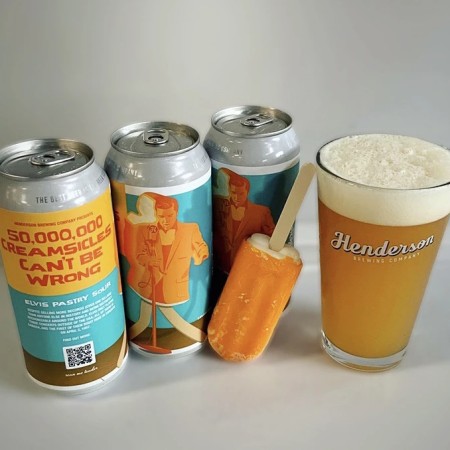 TORONTO, ON – Henderson Brewing has announced details of latest in its monthly Ides Series of limited edition beers, with this month’s instalment paying tribute to an important moment in Toronto’s musical history.

Did you know that Elvis only played three shows outside of the U.S.A – all of them in Canada? This creamsicle pastry sour celebrates the 64th anniversary of the first time Elvis ever performed on a Canadian stage – right here in Toronto in April 1957. This kettle sour ale brewed with orange juice, vanilla and graham crackers is a refreshing first class ticket to spring. Kick your feet up and raise a glass to the King of Rock ‘N’ Roll!