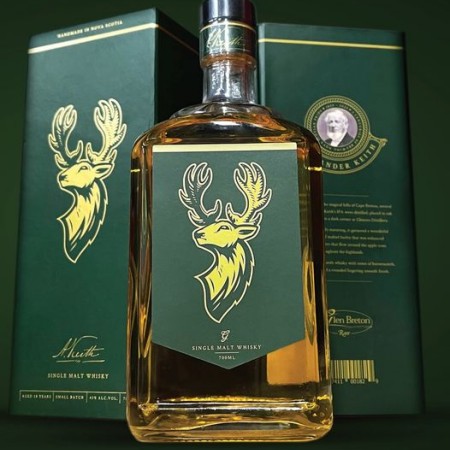 GLENVILLE, NS – Glenora Distillery, producers of the Glen Breton line of whiskies, has announced the release of a new collaboration with an iconic Nova Scotia brewery.

Eighteen years ago, Glenora distilled several batches of Alexander Keith’s IPA, placed it in bourbon oak barrels and tucked it away in a dark corner of a warehouse in the magical hills of Cape Breton.

After 18 years of quietly maturing, it garnered a wonderful taste of malted barley that was enhanced by the spring waters and apple trees scattered throughout Glenora’s property. The result is a whisky with soft notes of maple cream, butterscotch, and a rounded lingering light applewood finish.

The announcement also notes that “Alexander Keith’s Brewery will be using these same barrels that aged the whisky to age a new beer that will be released in 2022.”