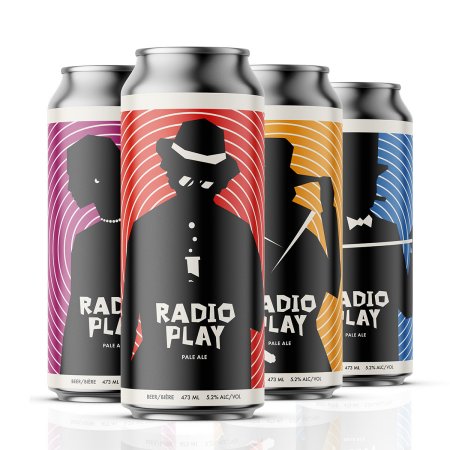 CALGARY, AB – Cabin Brewing has announced the return of a limited edition ale in support of a local theatre company.

Radio Play Pale Ale (5.2% abv) has been released in conjunction with Vertigo Theatre, and is described as follows:

Radio Play is a well-balanced American pale ale featuring a range of quality Alberta malts. It is lightly hopped with Amarillo and Citra hops to give some citrus and tropical fruit notes, but is not bitter. There is no mystery to this beer – it’s just a damn good, easy-drinking pale ale that pairs perfectly with mystery radio!

The beer’s name and latter part of its description refer to Vertigo Mystery Radio, a series of audio plays from Vertigo Theatre to provide audiences with locally produced entertainment during the pandemic.

Radio Play Pale Ale is available now at the Cabin Brewing taproom and online store, with $10 from each $25 4-pack sold going to Vertigo Theatre, along with an additional $2 donation per pack from the brewery. Each purchase includes a link to listen to “Incendiary: An Asha Ray Serial”, the latest Vertigo Mystery Radio production.