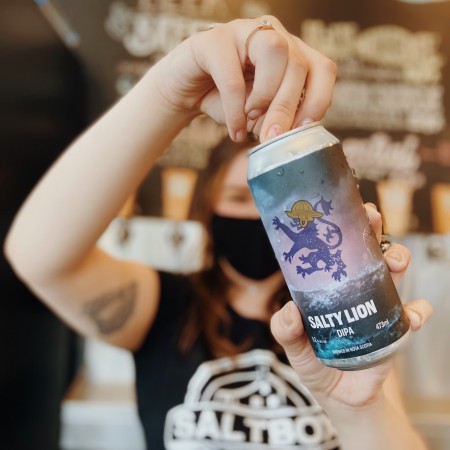 Salty Lion (8.5% abv) is described as “a ferocious Double IPA, hop-centric and assertive both in aroma and flavor.”