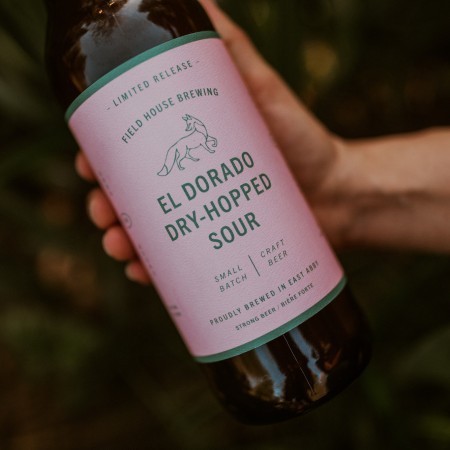 This farmhouse style sour ale was fermented with a blend of our favourite farmhouse ale yeast and sour culture for a lightly fruity, spicy sour base. We then dry-hopped with El Dorado hops adding big notes of tropical and candied fruit.

El Dorado Dry-Hopped Sour can be pre-ordered now via the Field House online shop, and will be released on Thursday April 22nd at the brewery retail store.