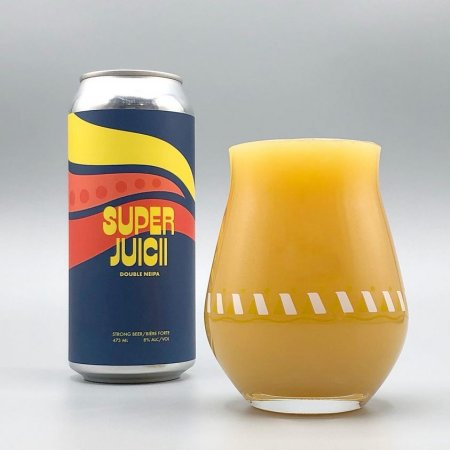 We started where the vision told us to start – by mashing up our two hazy flagship beers, Kilter’s Juicii IPA and Cabin’s Super Saturation NEPA. We took a few hops from this beer, a few from that, ramped up the malt bill and BAM – we ended up with one epic haze monster, bursting with tropical aromas and with a rich, full body like velvet in a glass (if velvet smelled like stinkin’ awesome).

Super Juicii was brewed at both breweries for distribution in their respective markets.

Cabin has sold out of its online sales allocation, but it is still available in limited quantities at the brewery taproom and select beer retailers in Calgary, with a few Edmonton stores set to receive stock next week.

Kilter’s version is available now via the brewery’s online shop for pick-up and delivery orders.