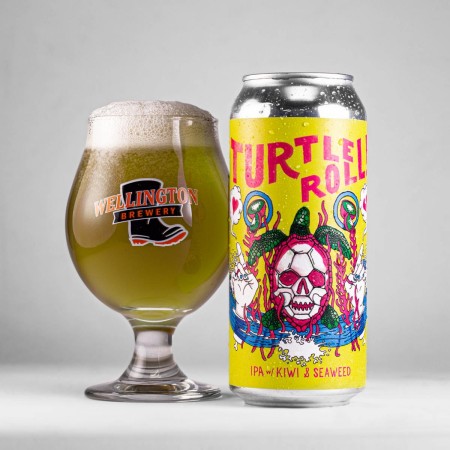 GUELPH, ON – Wellington Brewery has announced the return of a distinctively flavoured – and coloured – limited edition IPA.

Get under that wave and dive into this one-of-a-kind green IPA brewed with kiwi and seaweed. Turtle Roll has loads of sweet kiwi flavour with a strong citrus bitterness, stone fruit, and a touch of salt on the finish. Don’t get worked by that wave, catch the current of this unique IPA!