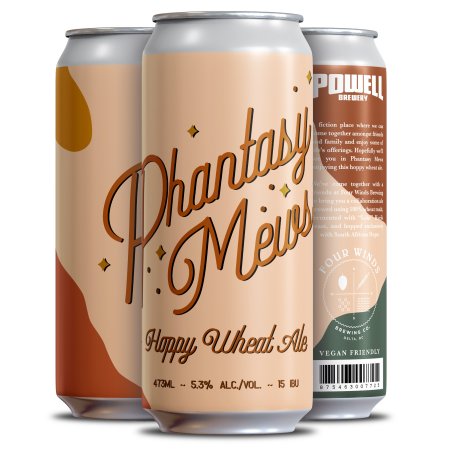 VANCOUVER, BC – Powell Brewery has announced the release of a new collaboration with Four Winds Brewing.

Phantasy Mews is a fictional place where we can come together amongst friends and family and enjoy some of life’s offerings. We’ve come together with our friends at Four Winds Brewing to bring you a collaboration ale brewed using 100% wheat malt, fermented with “Loki” Kveik yeast, and hopped exclusively with South African Hops. Hopefully we’ll see you in Phantasy Mews enjoying this hoppy wheat ale.