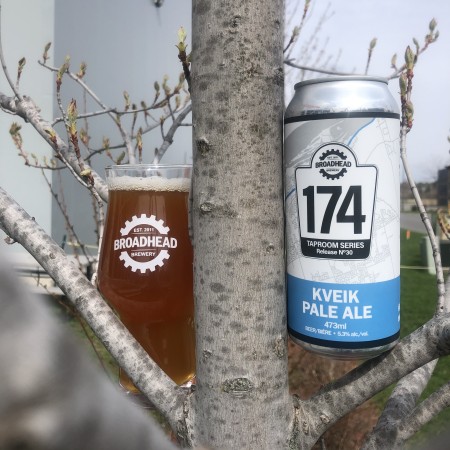 OTTAWA, ON – Broadhead Brewery has announced the 30th release in its Taproom Series of limited edition beers.

Broadhead’s Kveik Pale Ale pours an opaque burnt orange with a light tan head. Upfront the bright aroma of orange and lemon are supported by the floral, earthy notes brought forward by the Centennial and Cascade dry hopping. The palate is bursting with ripe citrus and tropical fruits, supported with a moderate, piney bitterness that will leave your tongue buzzing for more.