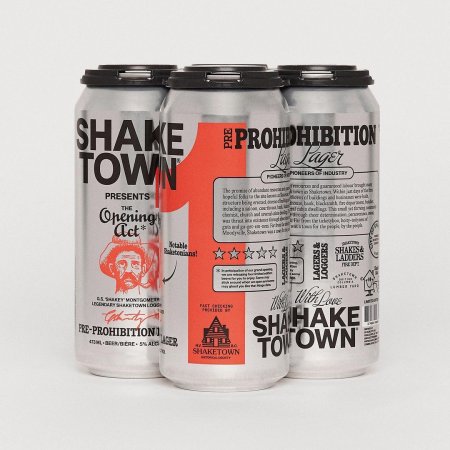 NORTH VANCOUVER, BC – A new brewery that is set to open later this year in North Vancouver has announced the release of its first beer.

Shaketown Brewing has been co-founded by Ryan Scholz and brewmaster Dave Varga (previously at Red Truck and 33 Acres), and describes itself as follows:

Shaketown Brewing Co. honours the rich history of its past, stretching far beyond its own brewery walls. It takes pride in its name and values the town & community above all else. Shaketown is a celebration of North Vancouver, old and new. Real and, well, not so real. The alternative facts of the North Shore. Told by real people making real good beer. Shaketown is operating on the unceded territory of the Coast Salish peoples: Musqueam, Squamish, and Tsleil-Waututh Nations.

While Shaketown’s brewery and taproom is still under construction, the company will be releasing a series of four “Opening Act” beers brewed under contact at Settlement Brewing as a lead-up to its grand opening.

The first in the series is Pre Prohibition Lager (5% abv), which has the following notes:

Pre Prohibition Lager is Shaketown’s homage to a ‘what might have been’ lager in the late 1800’s to early 1900’s. We used a combination of North American barley malt, flaked rice, and hops (both old and new varieties) to give an authenticity to this style and flavour of this beer. It is light bodied, unfiltered beer; a whisper of fruit and floral hops on the nose and a lingering herbal “woodsy” hop flavour that lingers through a clean, dry finish.

Shaketown Pre Prohibition Lager is available now in cans at select liquor stores in the area, and on tap at North Point Brewing.