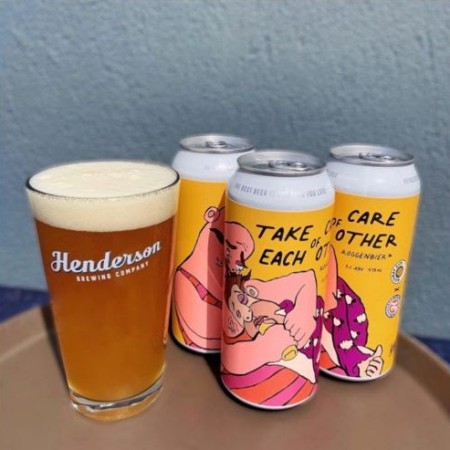 TORONTO, ON – Henderson Brewing has announced the release of a new collaboration with Gateway City Brewery.

Take Care of Each Other Roggenbier (5.1% abv) is described as follows:

While Roggenbier was a traditional style of ale in the Bavarian Middle Ages, it later faded into oblivion when the German Purity Law was created in 1516. Despite this infringement, the Roggenbier made a comeback in the late 1980s. Some rules are meant to be broken!

This German ale pours a very hazy golden orange with a thick white head that creates a medium bodied creamy mouthfeel. Notes of banana, clove and rye spice make ‘Take Care of Each Other’ a treat for both the nose and the palate, while the finish leaves you with a perfect combination of both fruity and spicy hops.

Take Care of Each Other is available now at the Henderson retail store and online shop.