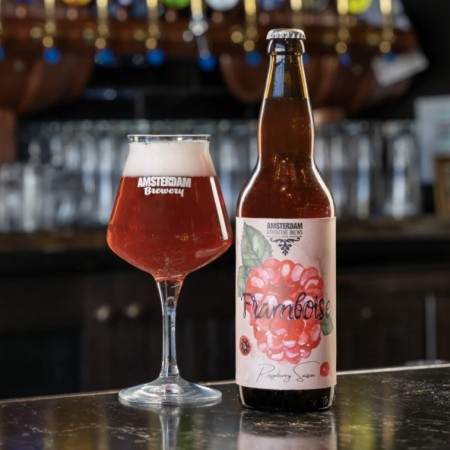 TORONTO, ON – Amsterdam Brewery has announced the latest in its series of “greatest hits” beers being released throughout 2021 to mark the brewery’s 35th anniversary.

This throwback to an Amsterdam classic blends the bold flavour of raspberries with the refined drinkability of a French style saison. Berry sweetness is balanced by a refreshing tartness and dry finish.

Framboise is available now at both Amsterdam retail shops, and via the brewery’s online store.