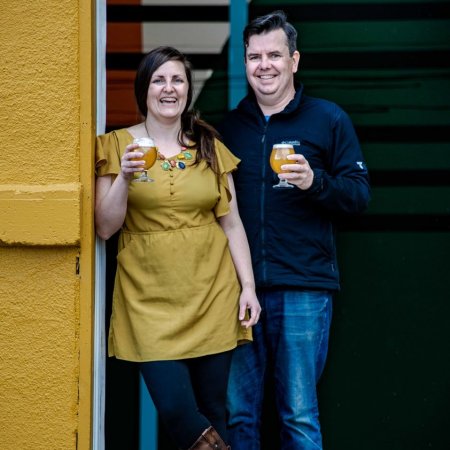 PENTICTON, BC – The new owners of one of British Columbia’s oldest craft breweries have announced a new environmental focus for the company, as well as a new look for its beer line-up.

Tin Whistle Brewing was founded in 1995, and was purchased last October by married couple Alexis Esseltine and Timothy Scoon, who relocated to Penticton for a new start after losing their jobs due to COVID-19.

“We knew the brewery had a loyal following and a solid line up of beers,” says Scoon in a statement. “We also knew we could use our combined backgrounds in business, sales, operations and sustainability to update the brand in a way that integrated our passion for our customers, our new home of Penticton, and our environment.”

Building on Esseltine’s past work as Sustainability Manager at the Vancouver Aquarium, Tin Whistle has become one of province’s first certified carbon neutral breweries, a goal that was reached by reducing emissions and investing in forest projects and other initiatives that absorb carbon.

“This is us doing our part to address climate change and reduce global warming,” says Esseltine. “We knew we could make great beer, and we also knew we could lessen our impact. This is the first of many environmental changes for Tin Whistle Brewing on our journey to become more environmentally sustainable. Taste matters, and so does our impact.” 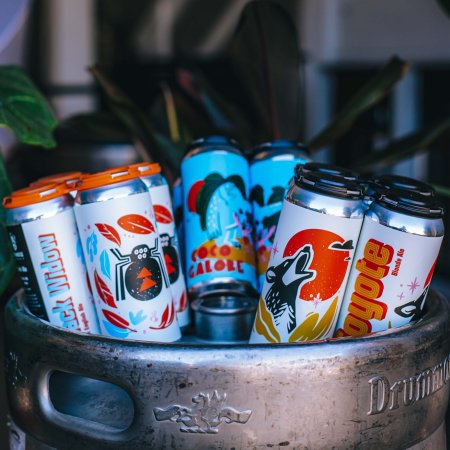 The brewery has also debuted new labels and packaging for its beers:

Classic Series labels feature the flora and fauna of the Okanagan region, including Black Widow Dark English Ale, Coyote Blonde Ale, Killer Bee Honey Porter and Peach Cream Ale. Adventure Series labels feature local landmarks, including the Munson Mountain Lookout for Lookout IPA, the pristine Okanagan beaches for Coco Galore Coconut Hopfenweisse and the Penticton Channel float for the Morning Glory Guava Hazy Pale Ale (to be released in May). Traditionally available in 650 ml glass bottles, Tin Whistle beer is now packaged in 473 ml cans and is built for the journey – whether it’s camping, a trip to the beach, or a picnic in the park.

Tin Whistle Brewing is located at 1475 Fairview Rd, Unit 118 in Penticton. Its beers are available at the brewery retail store and online shop, and at beer retailers throughout British Columbia.