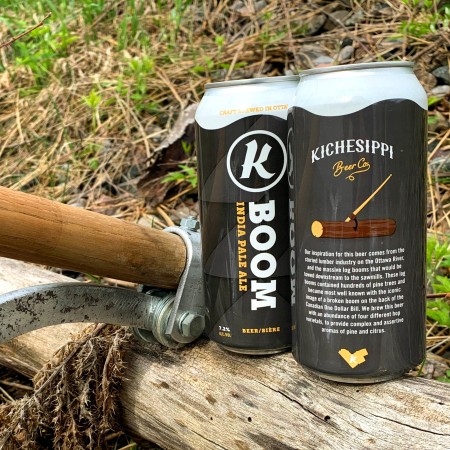 Our inspiration for this beer comes from the storied lumber industry on the Ottawa River, and the massive log booms that would be towed downstream to the sawmills. These log booms contained hundreds of pine trees and became most well known with the iconic image of a broken boom on the back of the Canadian One Dollar Bill. We brew this beer with an abundance of four different hop varietals, to provide complex and assertive aromas of pine and citrus.

Boom IPA is available now at the Kichesippi retail store and online shop.