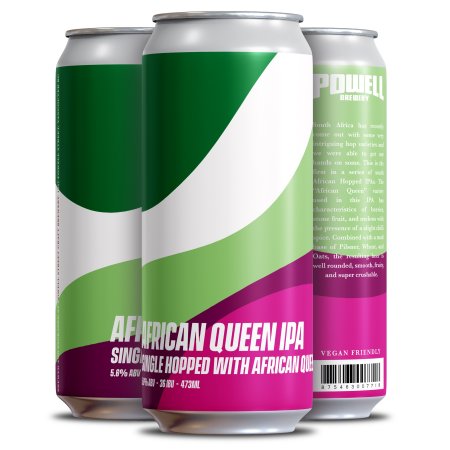 VANCOUVER, BC – Powell Brewery has announced the release of its latest limited edition single-hopped IPA.

South Africa has recently come out with some very intriguing hop varieties and we were able to get our hands on some. This is the first in a series of South African Hopped IPAs. The “African Queen” variety used in this IPA has characteristics of berries, stone fruit, and melons, with the presence of a slight chilli spice. Combined with a malt base of Pilsner, Wheat, and Oats, the resulting beer is well rounded, smooth, fruity, and super crushable.