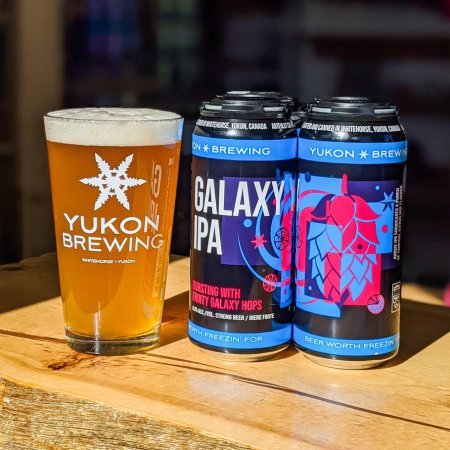 The Galaxy IPA is packed full of Galaxy hops. The nose is full of tropical citrus aroma. Citrusy grapefruit and passionfruit flavours arise with minimal malt profile. The bitterness is clean and balanced with a dry finish. This IPA is out of this world! 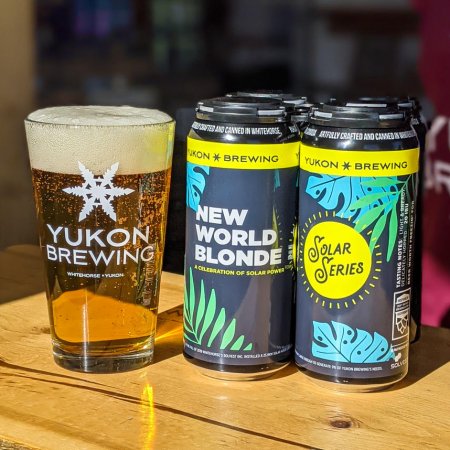 The New World Blonde solar series beer was created to celebrate solar power. Sustainability is important to Yukon Brewing (it’s one of their core values) and they do what they can to be eco-friendly. In 2019 they had solar panels installed on the roof of their building. 10 cents from every can sold this year will be donated to the Yukon Conservation Society to help them achieve their energy goals for the territory. The New World Blonde is an approachable easy drinking beer. It has a gentle grainy malt character and a hint of citrus hop adds to this refreshing beer.

Both beers are available now at the Yukon Brewing retail store and online shop, and select beer retailers in the Yukon, Alberta, and British Columbia.